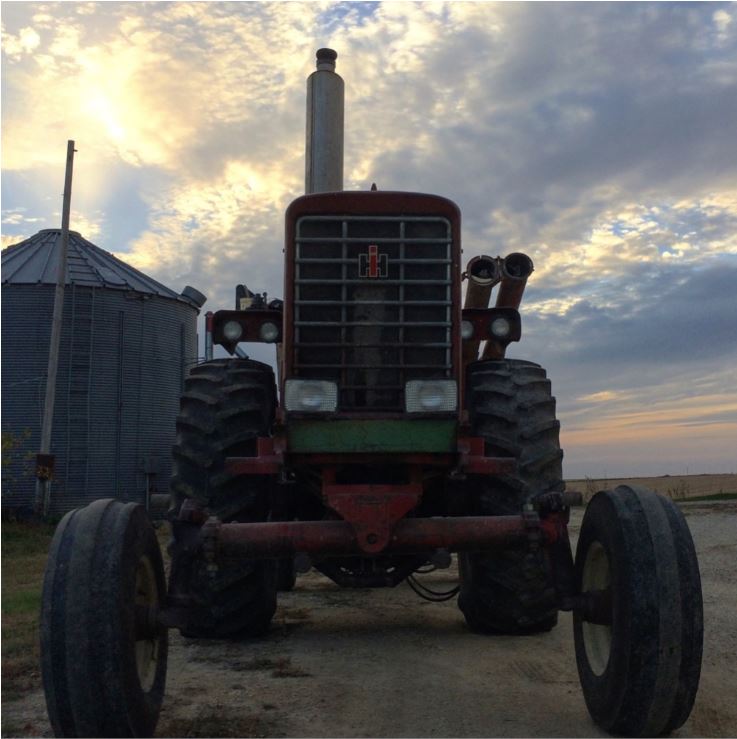 July 1 is when new laws generally take effect. Here are some of the recent changes to Iowa Law that impact rural Iowa and ag.

Children under the age of 16 can hunt without a license as long as they are accompanied by an adult who has a hunting license. This includes out of state residents who may be back visiting family for example. Deer and Turkey still require licenses.

Here is what you can hunt deer with during the pistol or revolver seasons:

Any pistol or revolver firing a magnum three hundred fifty-seven thousandths of one-inch caliber or larger, centerfire, straight wall ammunition propelling an expanding-type bullet with a barrel length of at least four inches and firing straight wall or other centerfire ammunition propelling an expanding-type bullet with a maximum diameter of no less than three hundred fifty thousandths of one inch and no larger than five hundred thousandths of one inch and with a published or calculated muzzle energy of five hundred foot pounds or higher.

A person 20 or younger can use a pistol or revolver to hunt if they are accompanied by a person 21 or over who has a hunting license.

The special senior statewide antlerless deer only crossbow deer hunting license is now available to 65-year-olds instead of making them wait until they are 70.

Hunters may use a trained, leashed dog to retrieve a wounded deer. The leash must be no more than 50 feet in length.

It is illegal to hunt coyotes in Iowa using an infrared light source, except during muzzleloader, bow, or shotgun deer hunting season.

The categories of what is allowed to be charged and the punishments as to animal abuse under various code sections has been redefined, which will increase protections to some non-livestock and certain wild animals.

The law states that animal abuse occurs when a person intentionally, knowingly, or recklessly acts to inflict injury, serious injury, or death on an animal by force, violence, or poisoning. Prior law restricted animal abuse to intentionally injuring, maiming, disfiguring, poisoning or destroying an animal owned by another person. Animal neglect is defined as failing to reasonably provide sufficient food, water, sanitary conditions, ventilated shelter, grooming, or veterinary care to an animal in a person’s custody. That is a much lower standard to prove for the prosecution. Recklessly means you should have known. The old standard of intentionally is a much more difficult bar to achieve. A defense of “I didn’t know horses weren’t’ supposed to be skin and bone bags” is not a defense under the new law.

Animal torture is intentionally, knowingly, or recklessly inflicting upon an animal severe and prolonged or repeated pain that results in the animal’s suffering and serious injury or death.

The crimes range from a serious misdemeanor for injuries that are not serious and do not result in death to a Class D felony for repeat offenses. Again, this is a marked increase from the old law, which was a simple misdemeanor (30 days in jail and a fine of $750). The law allows a court to order a person who commits animal mistreatment to undergo a psychological or psychiatric evaluation in some cases.

No wide load permit required for hauling hay, straw, stover, or bagged livestock bedding, as long as the width does not exceed 12 feet, five inches. The prior limit was eight feet, six inches.

Chauffer License Exemption for Farmers and their Workers

Farmer or the farmer’s hired help (eighteen years of age or older) is not a chauffeur when operating a special truck owned by the farmer and used exclusively to transport the farmer’s own products or property to a destination no more than one hundred miles from farmland owned or rented by the farmer. This allows smaller operations that are spread out to avoid having extra licensing requirements.

No Permit Requirements for Agricultural Experiences

This law would prevent a county from requiring a farmer from obtaining a permit to host a harvest dinner or a group of students on his or her farm. The law specifically prevents the imposition of special exceptions, variances, conditional use permits, or special use permits, but it is unclear whether a county could impose other requirements upon these producers.

Agricultural-Exempt Property not subject to County Zoning Regulation even to get a permit to say you are exempt.

Iowa law has long exempted from county zoning regulations all land, farmhouses, farm barns, farm outbuildings or other buildings or structures which are primarily adapted and used for ag. This means that a farmer can build an ag building or a grain bin on his or her property without getting a permit from the county.

The new law adds that a county shall not require an application, an approval, or the payment of a fee to show they are exempt from regulation. It is not clear under the new law whether voluntary hearings or applications for determining exempt status would be allowed or whether all enforcement would occur after the building is built.

The law also specifies that the board of adjustment will consist of five members who are eligible electors and who reside within the area regulated by the county zoning ordinance. Prior law required a majority of them to reside within the county but outside the corporate limits of any city. Finally, the law requires county boards of supervisors to follow the same procedures to adopt an amendment to a comprehensive plan as it would to adopt the comprehensive plan. These procedures include submitting a final report and holding a public hearing.

Signed into law by the Governor on June 29, 2020, the primary intent of the bill was to streamline the administration of Iowa’s tax laws and coordinate their interaction with federal law. The provisions generally went into effect immediately, and many changes were retroactive. It’s a whole separate topic.

The law also modifies the newly enacted food operations trespass law (SF 2413 summarized below) to specifically exclude food establishments and farmers’ markets from the definition of a “food operation.”

A debtor may borrow additional funds secured by the original mortgage without the burden of fees and additional paperwork. A lender may file a 10-year extension on behalf of the borrower without additional acknowledgment. Current law requires a formal mortgage execution for such an extension. That means that a 10-year mortgage can be stretched to 20 with a simple filing, which may come in handy as financial fortunes change in the coming years.

Iowa Trust Code has been updated to provide authority for trust decanting, expanded directed trust provisions, and delegation of notices to beneficiaries under 25. This law will allow in some cases, amend irrevocable trust provisions outside of a formal court supervised proceeding. This would allow, for example, trustees to correct errors, modify trust provisions to better fit newly passed laws, or adapt trusts to changing conditions, such as a beneficiary who becomes disabled or one who would benefit from extra protection from creditors.

Fiduciaries of estates, trusts, guardianships, or conservatorships must provide a disclosure statement to a potential homebuyer if that fiduciary has lived in the home at any time within the 12-month period prior to the date of transfer. But otherwise is not required to, which makes sense when an executor from out of state comes back to deal with Uncle George’s house.