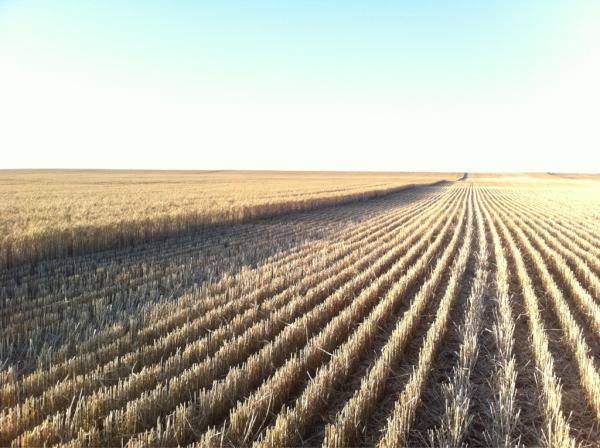 I am reluctant to write about the pending attempt to change the tax code. I haven’t even signed up for the annual tax school update, because I am certain information presented in November will be stale by December with the way things are moving in the federal landscape.

However, some larger, broad brush policy strokes are clearly being established, and regardless of five or seven tax brackets, the implications to the rural portion of the country are beginning to be seen. Of course, the 70 million Americans who don’t make enough to pay taxes, or the 1/3 of those who technically should pay but have enough exemptions to not actually pay, are not impacted at all by these proposed changes.

First, what everybody is asking about, rates. The proposed tax rates from the House:

Under this plan, by the year 2027, 31% of the “middle class” will be paying higher actual taxes than under the current law due to roll backs.

The Senate brackets start at 10% and move six times, up to 38.5%.  Both house and senate plans eliminate, or limit, deductions for mortgage interest, state and local taxes paid, property taxes, retirement savings, personal deduction credit, educator expense, AMT, and alimony. The house does away with student loan interest deductions.

First, the Estate Tax “repeal”, or its sexier name, the “Death Tax”. Current suggestions would raise the death tax bar from the “low” $5.49 million dollars of property that EACH PERSON can transfer during life or death before paying 40% tax to $10 million per person. That would be about 2000 acres at $10,000 per acre (with no debt against it). “Step up” in basis would be allowed for property held at death despite rumors that it was on the chopping block. Yes, when the thresholds for estate tax were traumatically lower, people were impacted and hard choices to stay or farm had to be made. I personally find the idea of a death tax offensive and socialist. However, many, many more people will have capital gains issues. Heirs selling newly inherited property, and putting that capital to use in projects they understand and are passionate about is good. Heirs who are tax adverse and hang on to property because they don’t want to pay taxes rarely invest in the land or the local community. That is bad. Those heirs, as a generality, do not care about beginning farmers, 4H fund raisers, or continuing any one specific person’s farm operations. They are, rightly so, focused on a return on their asset. The retention under the plan of step up in basis is a far bigger deal than the elimination of the estate tax. With the retention of 1031 tax free exchanges, which were also in doubt of continued authorization, this plan means that farm real estate transactions may continue as we have come to see them in recent years.

Second, the proposals do little to impact those who earn less than $260,000 of taxable income. Many farm operations have a large gross income but have taxable income less than that number. If you make more than that through actual work and not rental or passive income, the tax adjustments are a negative. The cuts are largely available to those who do not need to work to provide cash. Those who make money through S Corp holdings and real estate partnerships will be better off than those who earn similar money via work like CPAs, counselors, dentists and  yes, lawyers.

Third, the deduction for medical expenses would be eliminated, as have the deductions for student loan interest, tax prep expenses, moving expenses, unreimbursed employee expenses, and alimony. That is concerning, as many older land owners look to a contract sale to move the farm into the hands of the next generation. As they realize the capital gains, they have increasing medical expenses in the form of nursing home or hospital bills to offset the tax.  Student loans are quite expensive and are supposed to be taken to invest in higher paying jobs and further career advancements. Loan rates set by the government, which are now also not deductible, when determining taxes to pay to the government, looks like a nice continued source of taxation. Currently, each dollar of income is reduced by each dollar of interest paid for student loans until a substantial income threshold is met. The removal of this deduction is a wet blanket on higher education loans, which may not be a bad thing.  Free access to government loans without a thought on pay back prospects needs to be curtailed. Four year degrees costing $100,000 in leisure studies seems like a long shot to get a return salary commensurate with the education investment.

Fourth, earned income tax credit (EITC) stays. As a tax preparer, it has been a source of frustration to jump through the hoops to ensure those who are entitled to it can claim it, because of the fraud associated with the program. It also skews towards rewarding partial, but not full employment, and off the books work to keep income reporting artificially low. I am not a fan of the EITC and wish it would have gone on the chopping block. It almost has a “buying low income votes” feel to it, and I doubt it will ever be eliminated.

Fifth, under the proposal, businesses conducted as sole proprietorships, partnerships, and S corporations would be taxed at a rate of 25%. However, businesses that offer "professional services", read doctors, lawyers, and accountants who don’t work for large companies don’t get this break. Other business owners can choose to categorize 70% of their income as wages (and pay the individual tax rate) and 30% as business income (taxable at 25%) OR fix the ratio of wage income to business income based on capital investment. Corporations that pay tax on profits (c corporation) at the corporate level drops to 20%.

Finally, plans increase the ability to expense equipment purchases instead of slowly depreciating them over the time of their expected useful life. Some farm operators who have a strong desire to not pay tax use new equipment purchases with immediate expensing to erase profit. They run into trouble in future years when the payments are due and the profits are shrinking. The payments are made with dollars that are profit, and not associated with the expense, as the expense was already consumed in a prior year.

For illustration purposes, imagine a widower with social security and just enough farm ground (288 acres tillable $2.88 million valuation) to cover her current nursing home expenses, with rental income at $250 per acre. She has a daughter who would like to own the farm, as she rents it currently.  It’s a fact pattern that is, plus or minus an annuity payment, is fairly common.  We will compare her facts to the policy implications of what is being proposed in Washington.

Our widower likely doesn’t have an estate tax problem. If her daughter has a viable wife and husband operation with an equipment line of $3 million dollars (which is easier to accumulate) and 1500 acres free and clear, she would be flirting with the new proposed cap for estate taxes. Using discounted gifting tactics can stretch that cap a ways past the $20 million mark.

The widower in our example would lose a substantial deduction and begin to pay on her income with the elimination of medical payments as an expense deduction. This will make her less likely to sell the property on contract as she will pay capital gains tax on the sale with no corresponding deduction like she would have under the current system. This deduction loss will not be offset by the increase in standard deductions, as medical expenses for nursing care are well above $50,000 per year in most locations.

All of this is, of course, subject to change. The concern is that the passive investors (or idle rich if you will) are receiving a break on income generation and on the death tax, while those who work continue to pay into the system.

Do You Have a Tip or an Idea for a Story? Tell Us About It.
Contact Us!